Strength and dignity are her clothing, and she laughs at the time to come. She opens her mouth with wisdom, and the teaching of kindness is on her tongue. She looks well to the ways of her household, and does not eat the bread of idleness. Her children rise up and call her happy; her husband too, and he praises her: “Many women have done excellently, but you surpass them all.” Charm is deceitful, and beauty is vain, but a woman who fears the Lord is to be praised.   Proverbs 31:25‭-‬30 NRSV

Do you know a woman whose name enters your spirit immediately after reading Proverbs 31?  I do.

Ironically, what she instilled in me during her life -my faith- allowed me to better live my life after she died. At a time when I needed it most, my faith was a ‘parachute’ I never knew would work so well. While sad, on some special days, by my mother’s absence, I remember this: She was God’s child first! My Heavenly Father allowed me to ‘borrow’ her for 85 years.

The first song sung at her August 2019 funeral, by the Oak Ridge First Baptist Church Gospel Choir, was “Order My Steps”. It fit the Sunday afternoon celebration of her life quite well.

Order my steps in thy word: and let not any iniquity have dominion over me.” Psalm 119:133 KJV

To God be the glory.

“For God so loved the world that he gave his only Son, so that everyone who believes in him may not perish but may have eternal life.

“Indeed, God did not send the Son into the world to condemn the world, but in order that the world might be saved through him.

I can still remember driving a rental car while attending my 40th high school reunion in New York – and having the GPS misdirect me to a NYC (Queens) cul-de-sac. To say I was a bit baffled would be an understatement. In our spiritual lives, however, what appears to be a dead end isn’t – and may be a blessing in disguise. Your ‘wrong turn’ is in fact a right and righteous turn.

To be clear, if I had driven that afternoon into a road -ignoring a Wrong Way sign- that could have been fatal. Don’t confuse going the wrong way with taking a ‘wrong turn’. The latter often has God’s fingerprints all over it!

Spiritual faith is about accepting that -at times- in life we need to move forward – in spite of what our 2 eyes see. Or don’t see. Perfect 20-20 vision won’t suffice in such situations.

As a Christian you can have what I call 20-20-20 vision… seeing things through God’s eyes too. No glasses or contact lenses required! Just your abiding faith.

When you emerge from these cul-de-sacs you will not look like what you’ve been through.  If you’re faithful, you won’t ‘smell like smoke’ – after emerging from life’s fiery furnaces. Why? Because you weren’t in it alone!

So the next time you are faced with a cul-de-sac, look up to the sky – where your help comes from.

Please do not lower your head in sorrow. Know you’re covered by Christian Assurance. That God’s got your back. It ain’t over until God says it’s over

The benefits of this Believers Club are both earthly and eternal. Walk with Jesus Christ, even when you can’t, as MLK put it, ‘see the whole staircase’. Will you give God an opportunity to direct and bless you?

To God be the glory. 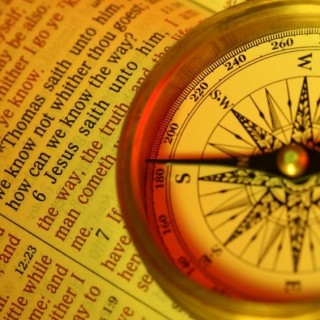 I am a mid-life Christian writer who enjoys sharing ENCOURAGING Scripture, Music, & Insights with others. Spiritual EMPOWERMENT is I believe at the root of living a fruitful Christian life. The many assurances provided to Christians are richly described in the Bible's 66 books.